When reading through the selling points of different solar panels, you'll often see jargon to describe the type of solar cells used, such as “Mono or Poly” or “P-type or N-type”.

But until you know what it means, you don’t know why it matters.

So, today let’s break down what these different solar cell manufacturing methods are, and what they mean for you and your home system.

The first thing to understand is that solar panels are made up primarily of cells made from silicon crystals. These crystals are what absorb solar energy from the sun to convert into electricity.

A polycrystalline cell is made of multiple silicon fragments that have been melted into a mold to form an ingot. The ingot is then sliced into thin wafers, which in turn are made into solar cells. Because of the many silicon crystals within a polycrystalline cell, there are a greater number of imperfections which gives the electrons less freedom to move. As a result, polycrystalline panels generally have a lower level of efficiency.

In comparison, a monocrystalline cell is made from a single silicon crystal which allows the electrons to move more freely, resulting in higher levels of efficiency.

Once popular for their lower cost, these days polycrystalline panels are considered obsolete now that panel manufacturers have achieved economies of scale and can offer affordable monocrystalline panels.

However, not all monocrystalline cells are equal…

The primary difference between P-type and N-type panels is what the cells are coated with. P-type panels utilise boron, which has one fewer electron than silicon (making the cell Positively charged).

Meanwhile an N-type cell uses phosphorus instead, which has one more electron than silicon (making the cell Negatively charged).

But what does that mean for the user?

If we skip the science lesson and cut to the chase, N-type cells have a lower rate of power degradation = higher yield and higher savings over time.

For this reason, N-Type panels are often considered more premium, and more of them have been entering the market in recent years as the demand for high-efficiency panels increases.
At Solargain, our top range panel is the SunPower Maxeon which has N-type cells. The lower rate of degradation is reflected in SunPower’s industry-leading Performance Warranty. 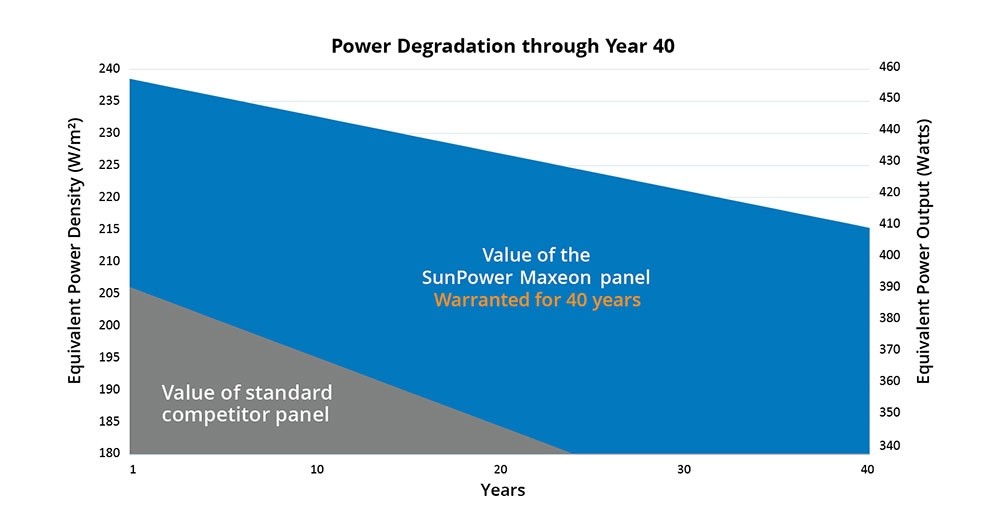 Solar cells are usually laid across a panel with small gaps between them. Each cell is connected to the next using metal ribbons or wires called ‘Busbars’ soldered to the front of the cells. These busbars are the electrical highways for electrons to flow along. 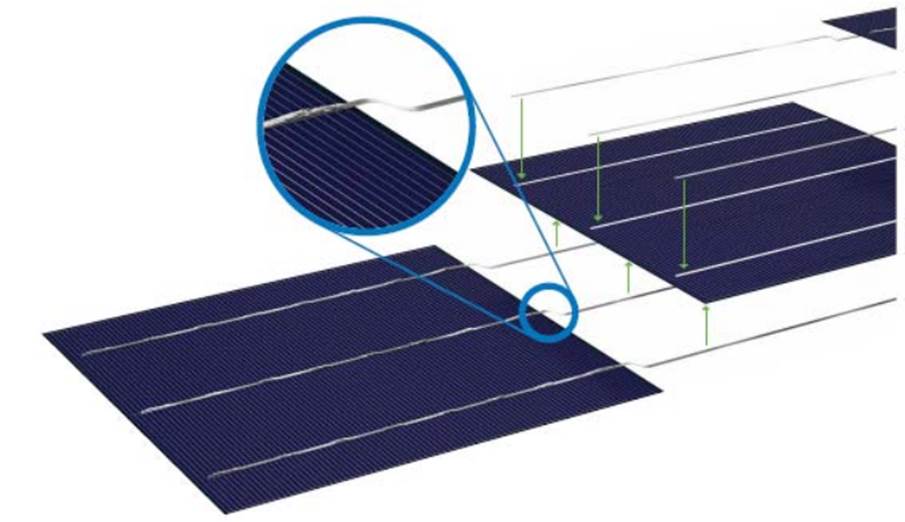 Unfortunately, this common cell design is prone to defects. Metal ribbons have a significantly higher thermal coefficient than silicon cells. They expand & contract with temperature every day. This repeated stress causes cells to crack and solder bonds to break. Flexing glass from high-winds or during transport can also cause micro-cracks within the cells.

To avoid this risk, some panel manufacturers have now completely removed busbars from their cell design.

A shingled cell consists of regular cells laser cut into strips, then overlaid like shingles on a roof. Rather than relying on metal busbars for electricity flow, the silicon strips are joined together using an electrically conductive adhesive (ECA). This allows conductivity, but also flexibility and resistance against micro-cracks. 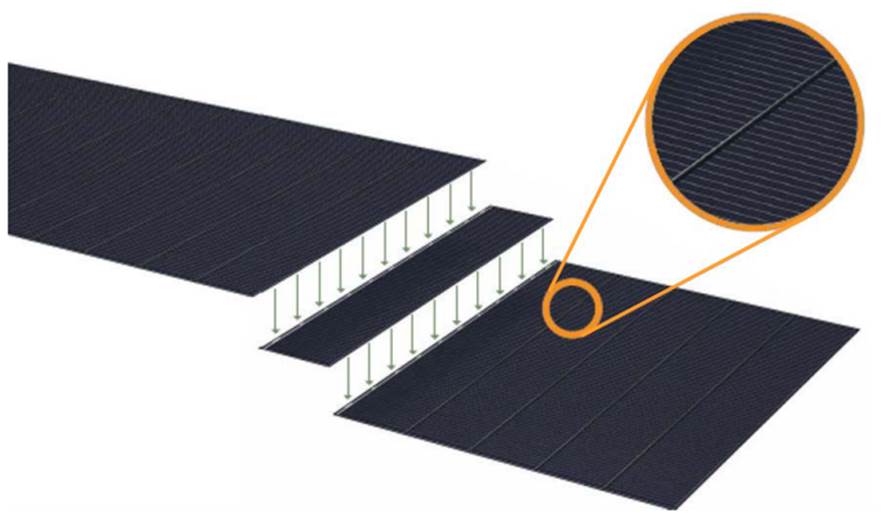 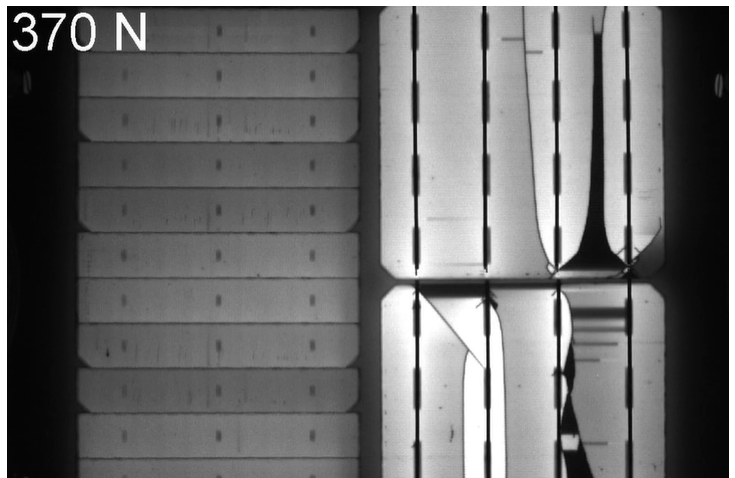 The electroluminescence scans seen above show the results from a force of 370 Newtons being applied to both shingled cells and conventional cells. Micro-cracks form within the conventional cell causing power loss.

IBC cells are the most robust & efficient cell-technology, but also the most expensive & complex to manufacture. With no metal busbars running across the front, more surface area is exposed to sunlight for electricity generation.

Widely regarded as the ‘Rolls Royce’ of solar panels, SunPower Maxeon panels have IBC cells with a solid copper backing, making them virtually impervious to corrosion or breakage.

Chosen for their superior flexibility & durability SunPower IBC ‘Maxeon’ cells have been used by NASA for their Helios, Grover, and Pathfinder projects.
These IBC cells have also been used by many other extreme, record-setting projects such as:
PlanetSolar Catamaran

You can read more about all these projects here. 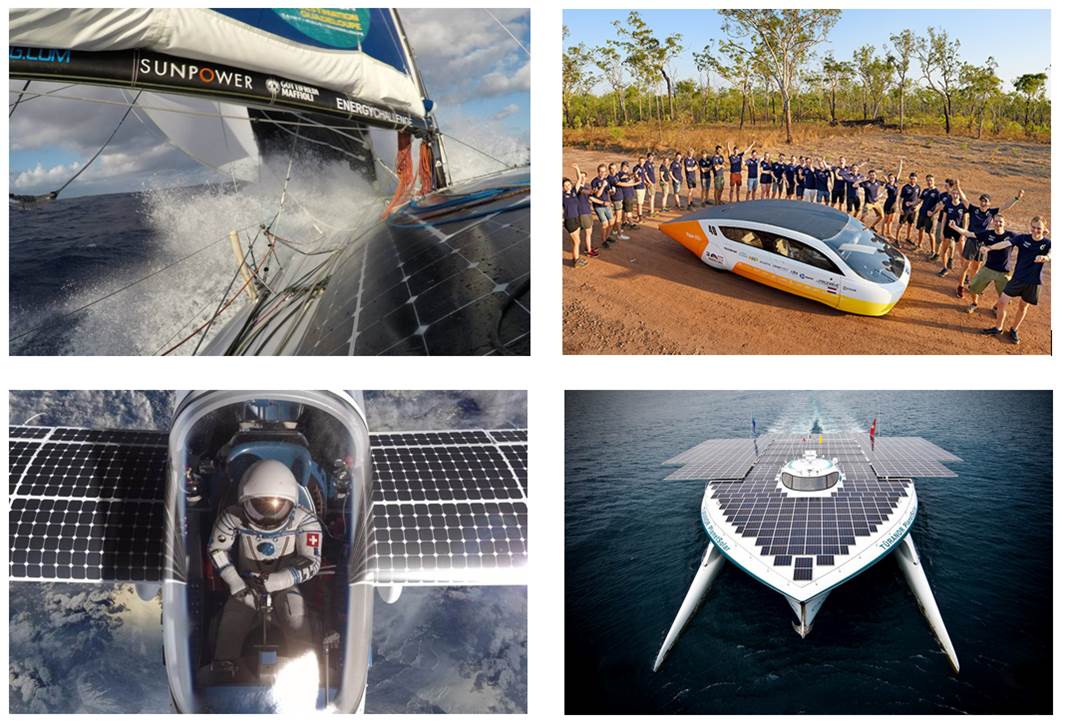 A 5kw solar PV home will prevent 7 tonnes of carbon dioxide going into the atmosphere per year
That’s equivalent of planting 395 trees!