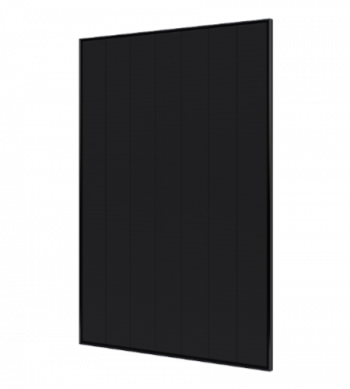 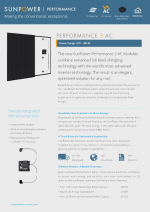 The 375 W Performance 3 AC panels take everything that was already fantastic about SunPower's Performance range and adds in the amazing potential AC modules (micro-inverters) lend to any solar energy system.

As the name implies, micro-inverters are effectively miniature inverters, one for each individual panel. Rather than passing all power generated by your system into a central control point in the form of a traditional inverter, each individual panel has their own, which passes energy directly to your home from the panel. This helps to avoid bottlenecks, as rather than all the power generated by every panel passing through a single converter, they're all able to produce and send power to your home individually.

What benefits does this provide?

This system configuration essentially means that every panel is operating as it's own independent system, this allows for unique system configurations that would not otherwise be possible. These configurations include things like unconventional rooftops, which would not otherwise be able to utilise solar, or rooftops that regularly experience shading. Usually, if one panel experiences shading, the performance of every panel is dragged down to match the reduced output, which can potentially cause damage to a system. A system equipped with micro-inverters does not suffer this problem as each panel operates independently to the others, which allows far more panels to be placed upon a rooftop it desired, as it does not matter if some will experience shading at certain times in the day.

Atop the benefits provided by these next generation micro-inverters, the Performance 3 AC also bring the innovative front contact hypercells, robust and flexible cell connections and aesthetically pleasing black sheet and frame design. By combining all the benefits of reliability, durability, performance and aesthetics with the benefits offered by the inclusion of micro-inverters, they are an excellent panel that shows us the future of the solar panel industry.

Coming from a range which possesses the accolade of being the single most deployed shingled solar panel in the world, the SunPower Performance 3 AC 375 W has quite the reputation to uphold and it does it with ease. SunPower's innovative cell shingling technology mitigates many of the leading causes for lost system reliablity in traditional systems, offering less system degradation and a longer system lifespan. SunPower is so confident in the reliability of their solar panels that they proudly back with an industry-leading 25 -year complete confidence warranty. Their hyper cells also have some of the greatest resistance against microcracking in the world. 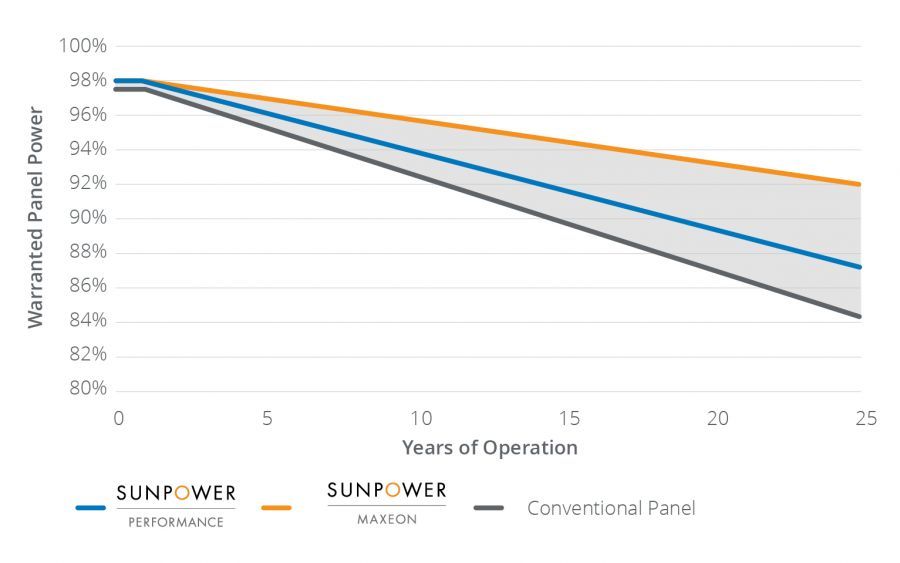 Regardless of how a panel performs under strictly controlled laboratory conditions, it's a fact of life that that is not what they will face when deployed on your rooftop, so annual degradation is not the only durability issue that should be taken into consideration. After all, the real world is unpredictable, and shading and damage can occur, it's critical to consider how the panel will perform when subject to such things. Whether they be falling leaves, neighbourhood structures providing shade, or bird droppings, there's a good chance panels will experience some kind of shading at some point. A lot of thought and design has gone into ensuring the enduring performance of SunPower Performance panels in such conditions, which you can learn about in the video below.

Solar goes a long way in reducing water pollution. 72% of water pollution comes from the massive amounts of water used as cooling in gas, oil, coal and nuclear power plants. Though solar manufacturing does use water, the amount is infinitesimal in comparison.